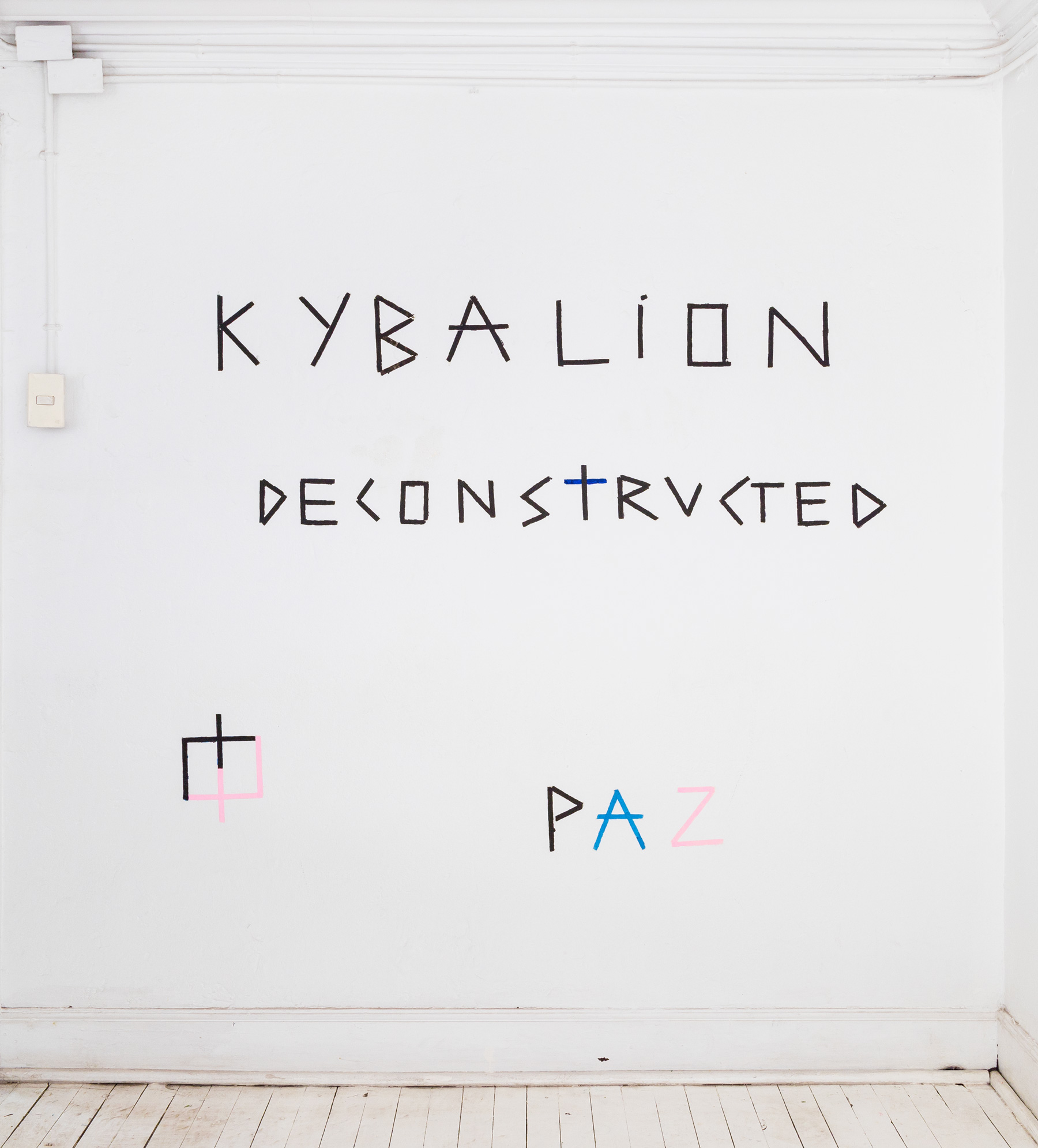 Inspired in part by the Kybalion and its major theme that some truths are not limited by time, nations or religion, my work signed as PAZ is a visual exploration of the ancient philosophical similarities between western and eastern cultures, particularly China and the Americas.

For almost a decade my work has dealt with the 7 axioms as outlined in The Kybalion. These principles relate to mentalism, correspondence, vibration, polarity, cycles cause and effect and gender. After the exhibitions I did in China United States, Mexico, Colombia and Chile  I realized that the character for the eastern seven 七 was the same as an inverted the occidental 7 seven, and when combined together formed the symbol 中, Zhong, which means middle.

I gave another meaning to this symbol,where the West and the East meet, a duality that is unified in harmony with the seven principles of existence.